The best bits of the SuiteFiles Chrome Extension. 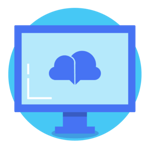 Are you using our Chrome Extension yet? The brain child of our development team has been the focus of attention lately, as we added some new features and improved the user experience. So today we thought we'd take the time to talk about why it's such a beloved part of our Suite App family!

Seamless transition between SuiteFiles and other web apps.

When you ask a developer at Suite what Suite Print is, they respond with ‘The best thing since sliced bread’.  They also send several GIFs from Suits, but we’ll leave those out.

Suite Print lets you save any page, document or image from anywhere on the web straight into SuiteFiles, instead of having to download and then upload everything of value you find on the internet. It does this by adding a fake ‘printer’ which instead of linking to a real printer, links straight to SuiteFiles.

If you use Xero Practice Manager (XPM), the Chrome Extension is even more valuable. It can halve your workload, as it means that SuiteFiles and Xero Practice Manager integrate seamlessly, there is no need to swap between two apps and to create the clients in both, they replicate across the two platforms without you needing to do anything.

Our developers would probably spend that time on another coffee run, but unfortunately they’re developers, and so they have a lot of other things they need to add to Suite before we’re done!

You can download the Chrome Extension from the Chrome Web Store at any point... But we suggest you do it now.