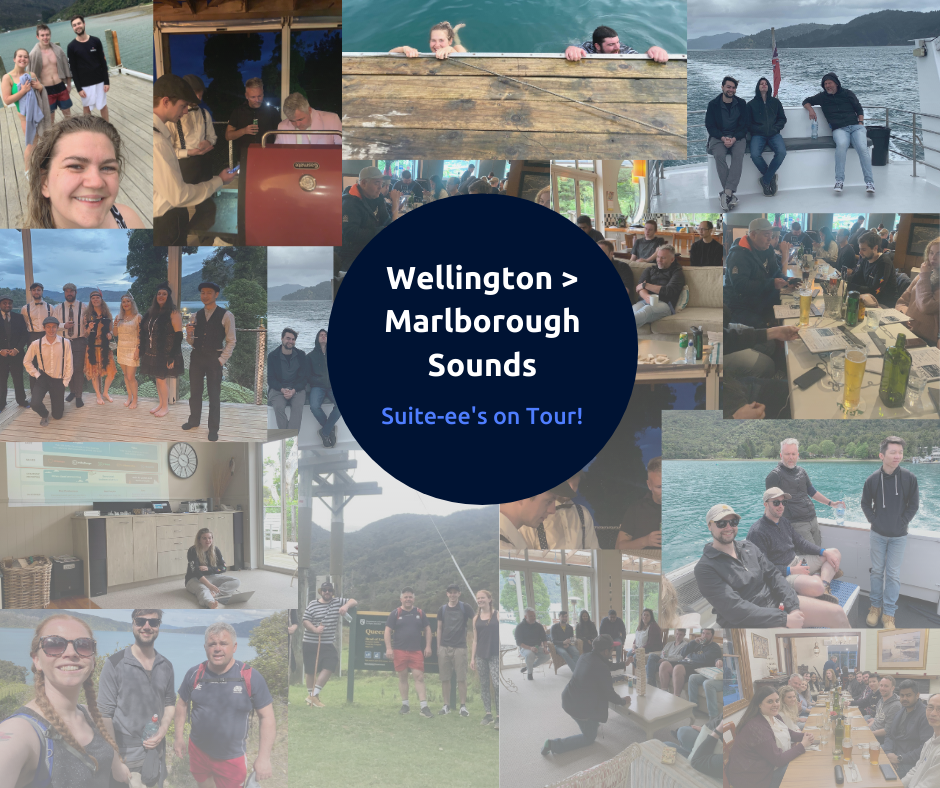 A Suite Weekend Away 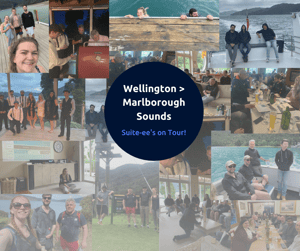 Last weekend, our CEO took the office on a short escapade to Marlborough Sounds. This was for team bonding, to treat us all to something a bit special, and a great opportunity to get away and do some planning for the future of SuiteFiles!

The Friday saw us arriving at the Wellington dock at 8am, an early start for most. We then spent the next 3-4 hours in beautiful weather, on the slightly rocking ocean. This made most of the team squirm which meant a lack of work got done, not that we expected a lot to get done while travelling anyway!

After the beautiful boat ride to No Road Inn, we quickly settled into the large house with lush bathrooms and an amazing kitchen overlooking the ocean. Dinner at Furneaux Lodge was delicious (as expected). The double Jenga was created and it was quickly decided that this will be the game of the weekend. The rest of us went to sleep with subtle sounds of blocks falling every 5 minutes, thankfully the beds were comfortable. 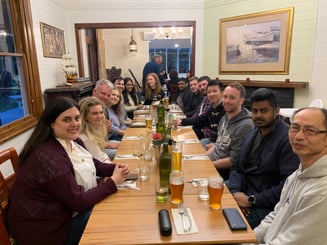 An early dip in the (almost) freezing ocean anyone?

Half the team started their morning with a quick wharf jump before French toast – what a way to gear up for the day ahead. A short boat ride took us to Punga Cove for a quick bite before the 3-hour hike back to No Road Inn. Another quick wharf jump and a cheese platter later, the stragglers arrived home from the hike (to the relief of the search party that was almost sent out).

After some short time travel, half the team dressed in their 1920 and 2020 costumes - ready for the barbecue! Cards, Jenga, and food are what sums up this evening. Distant chatter at 3am meant the rest of the team were finally heading to bed. 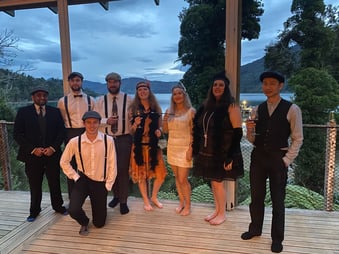 Another early morning wharf jump and a quick clean up, we were ready to leave! The (slightly smaller) boat took us back to Picton where we would watch the rugby and visit some animals for the next 5 hours. While half the team found a comfy place to sleep on the ferry back to Wellington, the other half were continuing the card game that had taken over the weekend.

Back to work on Monday and there is no sign of Jenga or cards anywhere, only extremely tired workers who were now a little more bonded!

Thank you, Andrew (CEO), for taking us on such an awesome trip. I’m sure not one of us could ask for a better place to work